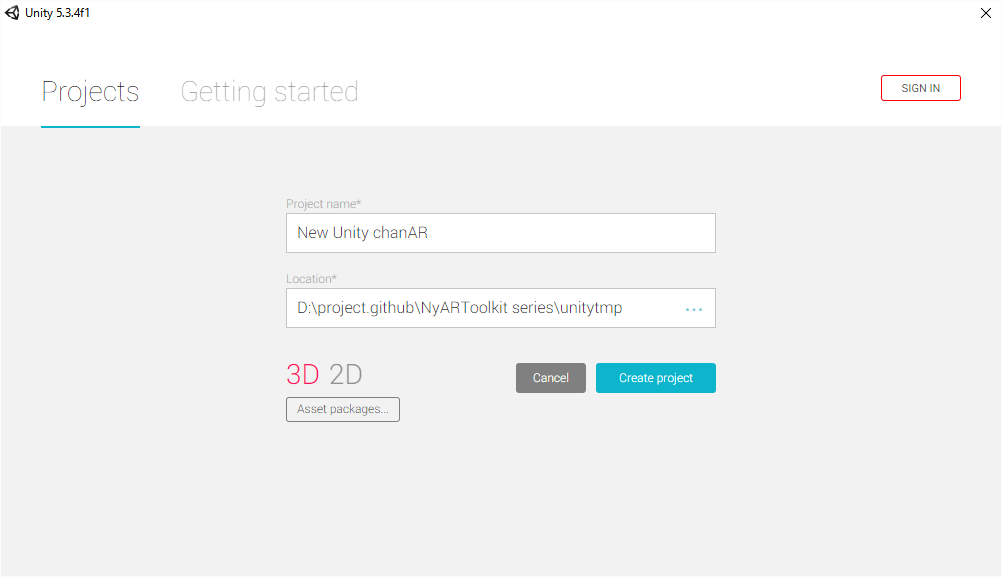 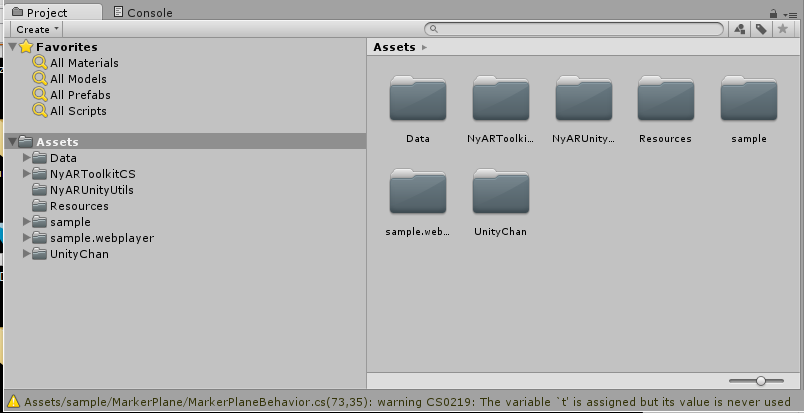 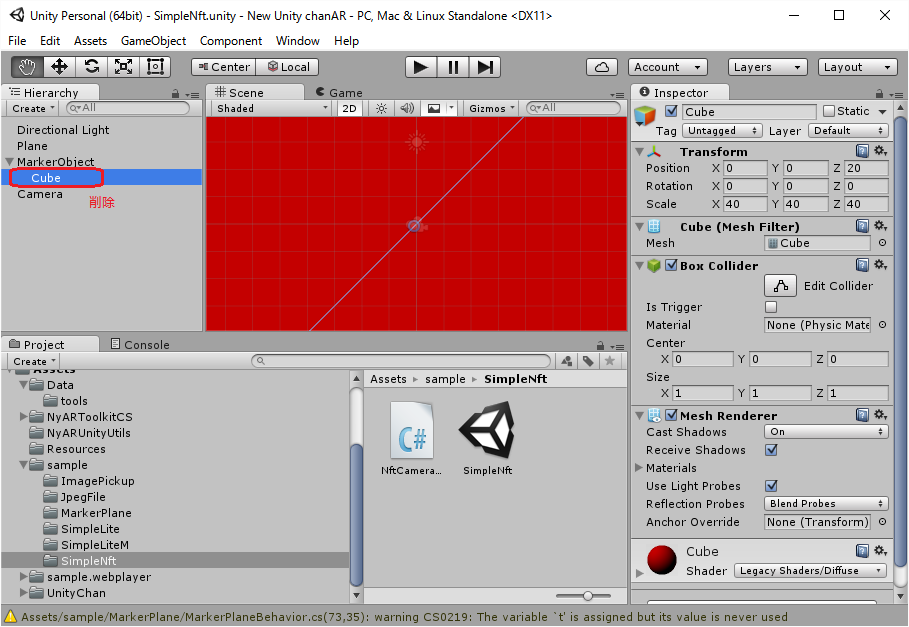 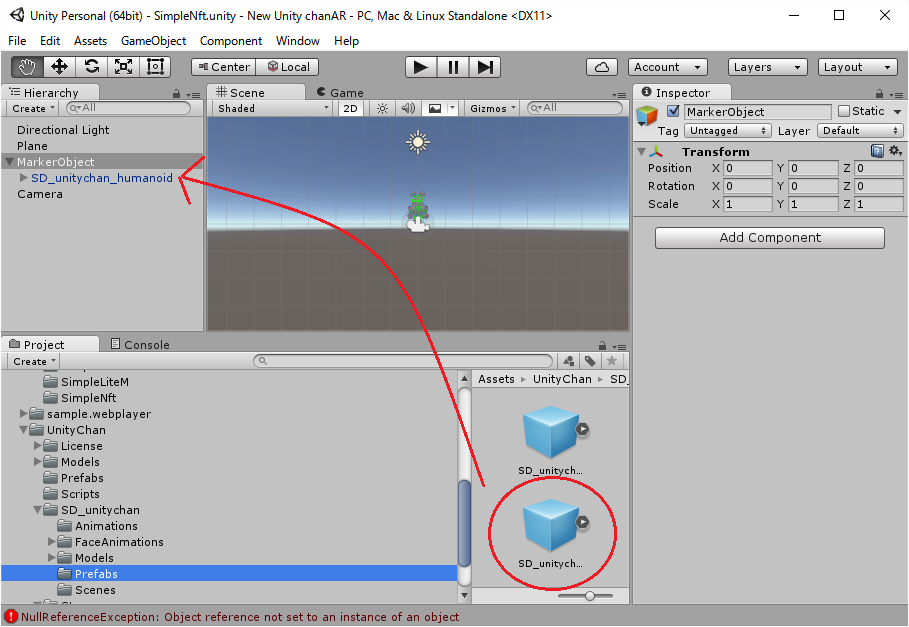 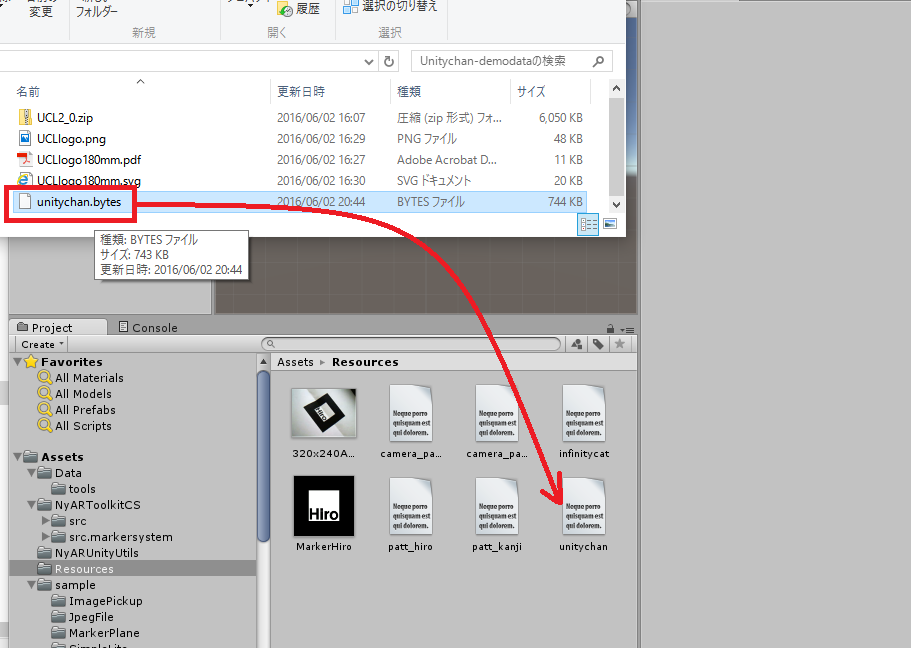 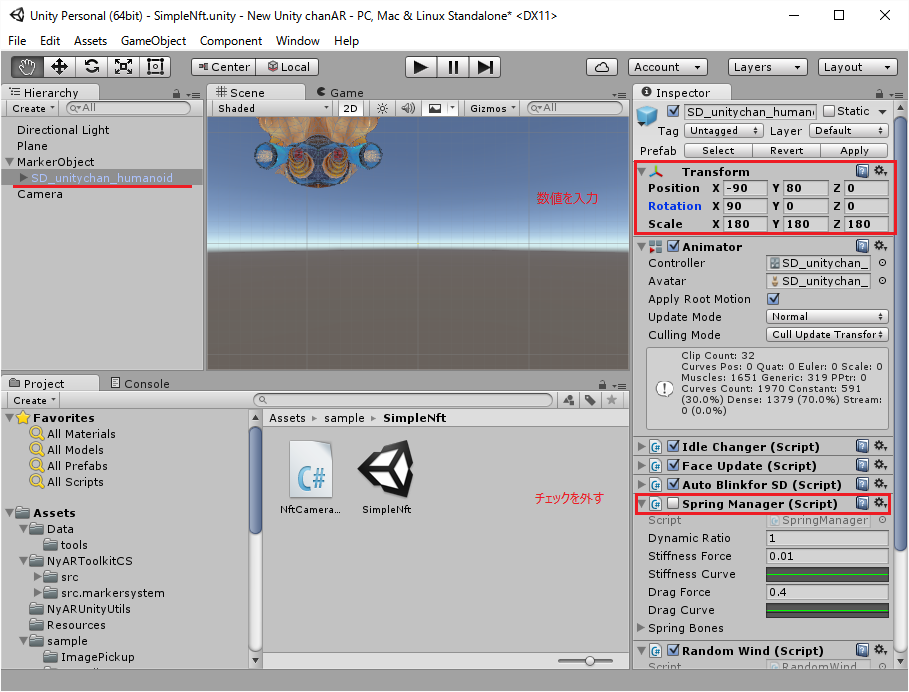 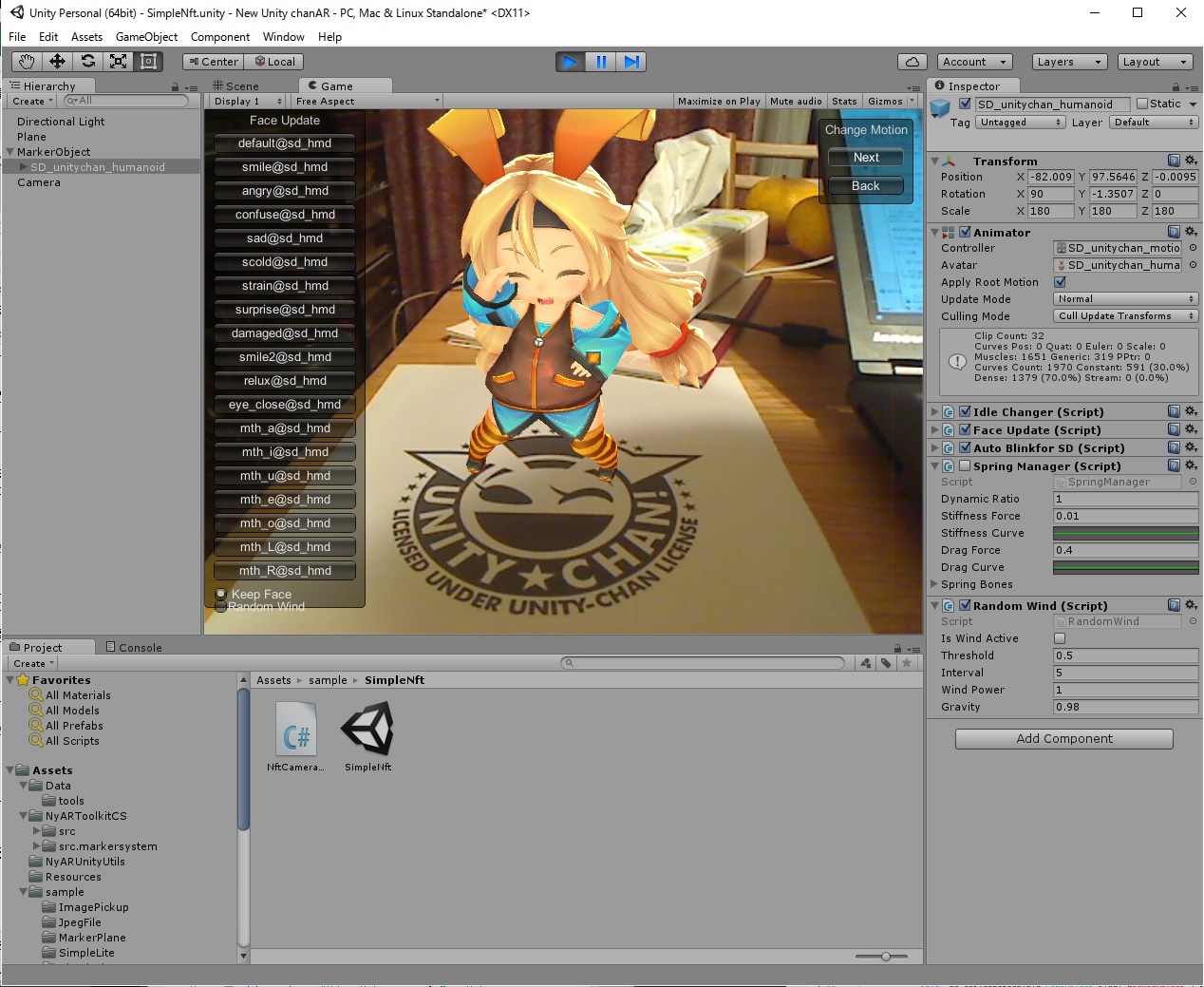 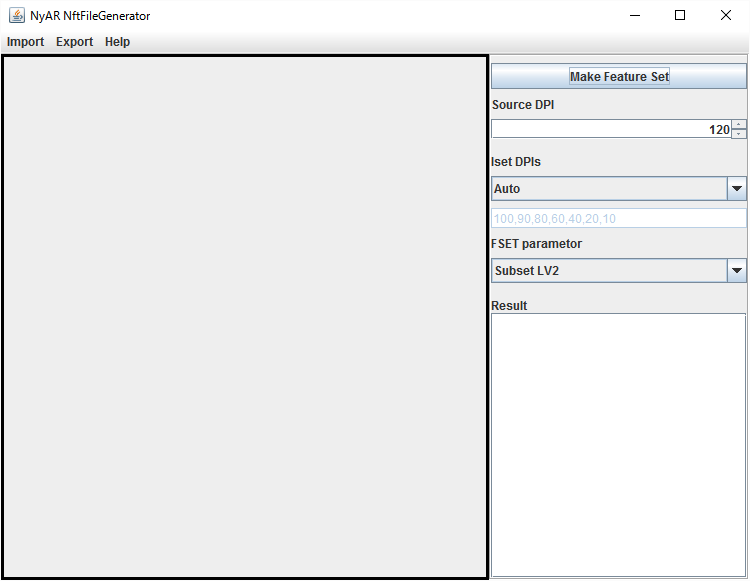 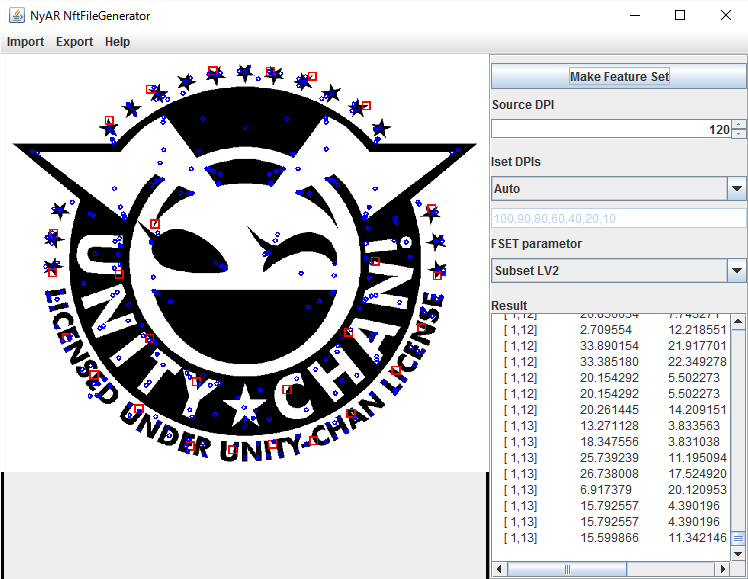 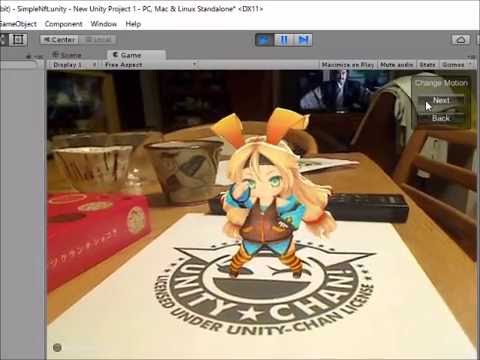 NyARToolkit 5.0.0 supports the natural features tracking which is same as implemented on ARToolKit5 (NFT) .

The development of NyARToolKit5 has received the funding and technical assistance by DAQRI LLC.
I’m grateful to DAQRI LLC and ARToolKit team.

How to running NFT sample

NFT programming with NyARToolkit is simply.
It requires only a few dozen lines of code.

NftSimpleLite.java is a template of NFT application. You can create the unique application by modify the template.

For compatibility with ARToolKit5

Calculation algorithm of NyARToolKit is identical to the ARToolKit5 but there is a slight difference.
The cause of the difference are the accuracy of floating-point calculations, and the simplification of  the math functions.

The NyARToolKit and ARToolKit data files(iset fset fset3) are compatible.
These files can be used with each other. 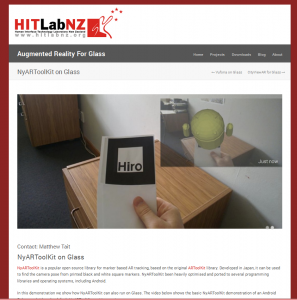